Today was the first day of Nordic Testing Days conference - the day of tutorials. I participated in Test Strategy - Next Level by Rikard Edgren. 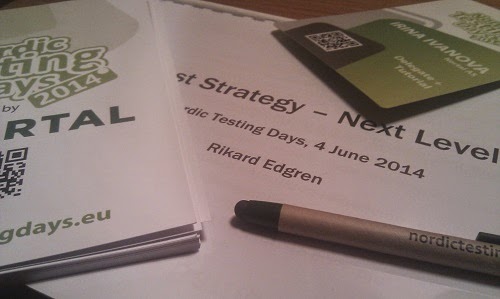 Talking about the conference itself - it's better than I expected: I like pen with stylus, I really like notebook with track and workshop descriptions in it, I like printed slides of tutorial. 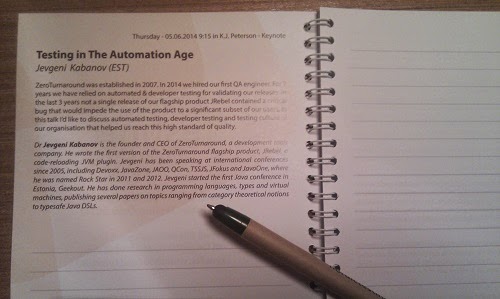 Talking about Test Strategy tutorial - well, it's too general and I expected the higher level (I can't say that it is really next level).

I can't say that I learned something new, but at least it's useful (and nice) to formulate some knowledge that in some way I have already knew but didn't know how to put them in words. Rikard Edgren talks beautifully about complex stuff. And of course such kind of talks are very inspiring and give a lot of motivation for developing.

Some resources that need to be investigated:

Idea that I'll try to implement in my project: 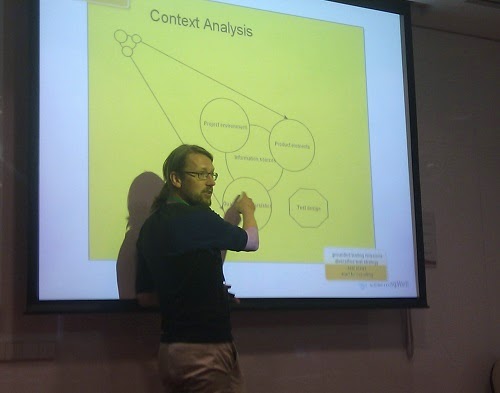 One more interesting detail: Rikard Edgren was taking about test strategy biases and one of the biases was focusing illusion - when some problem gets more important when you thing about it. And while he was talking about this bias he creates this focusing illusion because at that moment I thought that it is the most important bias of all 6. Bias about bias.