Some raw facts for beginning: 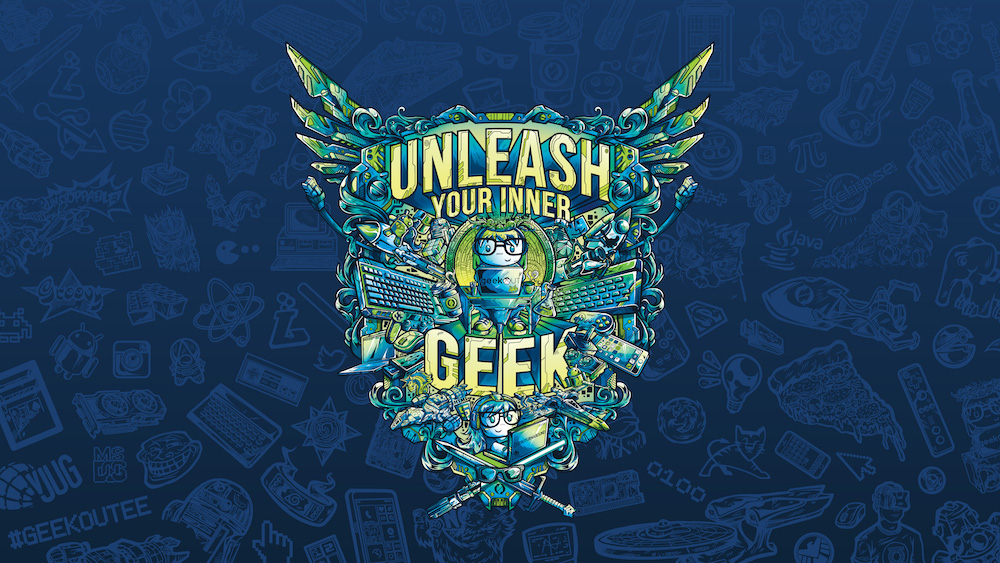 GeekOut offers 2 days of conference talks mainly about Java world. On the first day they have only two tracks, which are more general and lightweight. On the second day there are three tracks with more technical talks. Considering great party at the end of the first day, it's a little bit strange for me to have more hardcore talks on the next day after the party. As I already mentioned, all talks are for listening and there are no practical workshops at all, even small ones. This is a big downside compared to Nordic Testing Days, where you can have full day tutorial on the first day and two days of conference mixed with practical tracks.

The venue is not a hotel. All NTD attendees will understand me, because it is really cool when you have a conference, tutorials, lunch, party, bed and breakfast at one place. You save a lot of time. GeekOut was held at Kultuurikatel, which a former Tallinn power plant and is one of the coolest venues in Estonia with a great atmosphere, but I am note sure is it worth it. 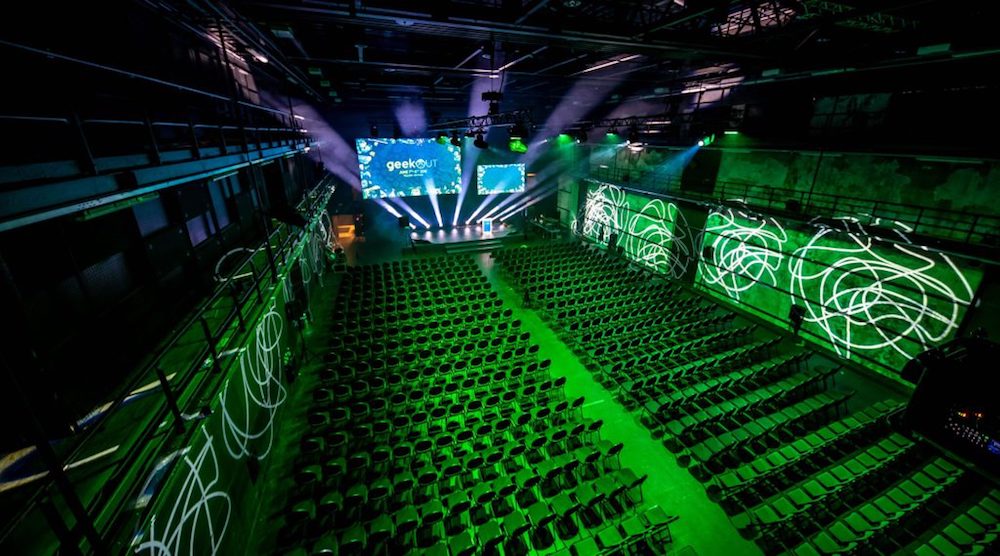 The food was great. Queues were quite long, but the food was totaly worth it. 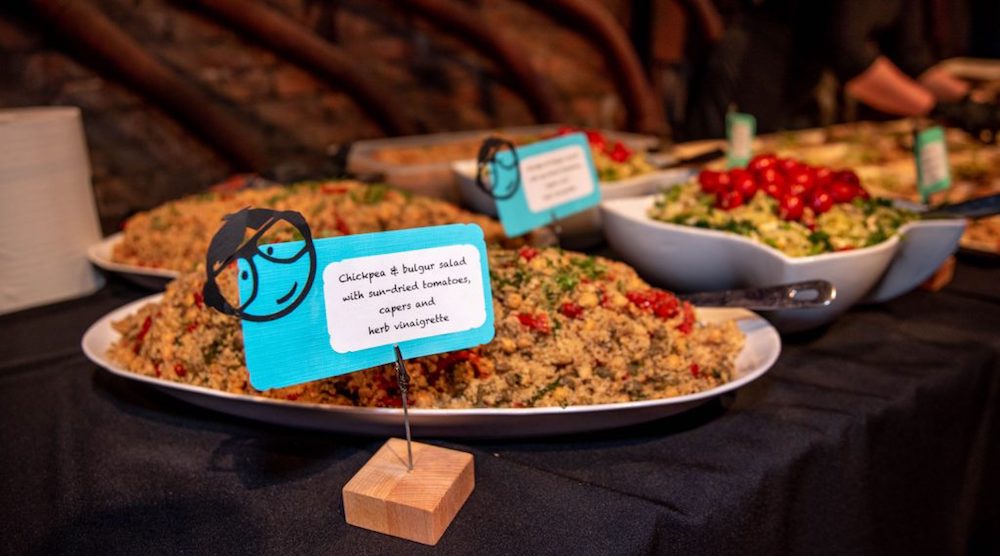 Sponsors, booths, challanges and corporate swag are basically the same. There is a little bit more swag from conference organizers at GeekOut than at NTD – for example, you get t-shirt and a cool bag with GeekOut logo at registration table, which is nice. 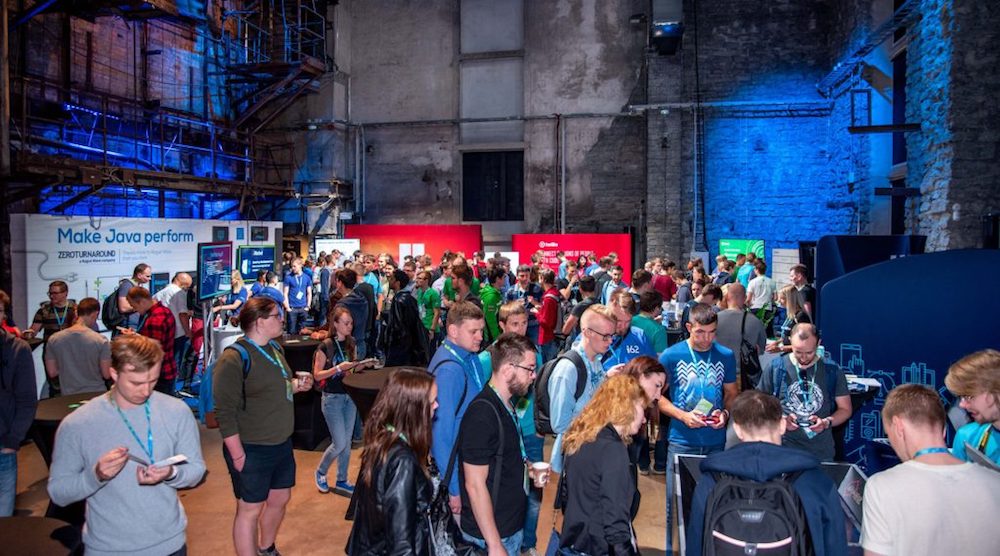 Nortal (the company I work for) had a Tech Radar at their booth. Briefly, everyone could add some tool, platform, framework or technique on the board and mark whether it must-try or must-avoid stuff. At the end we have quite good statistics about favorite technologies of Java developers. You can read Nortal's blog post about it, if you are interested in details: GeekOut 2018 participants tell Nortal what’s hot and what’s not. 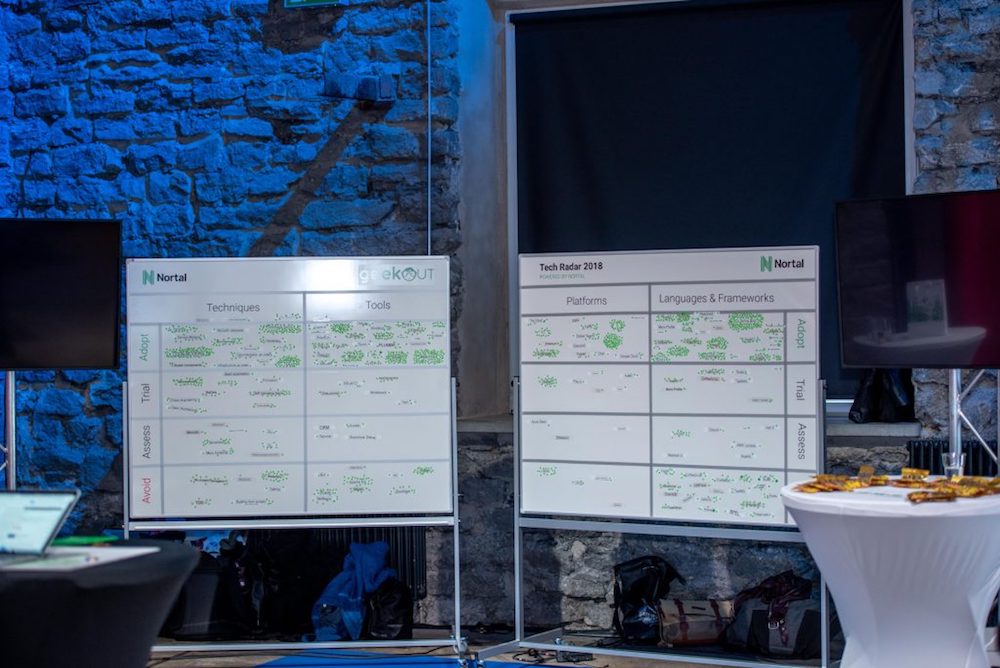 The party. Food and drinks were cool. Short films were awsome (the theme of the party was movies). I didin't like music and it was too loud for talking and networking stuff. But I am not a party person anyway, so can't tell you a lot about it. 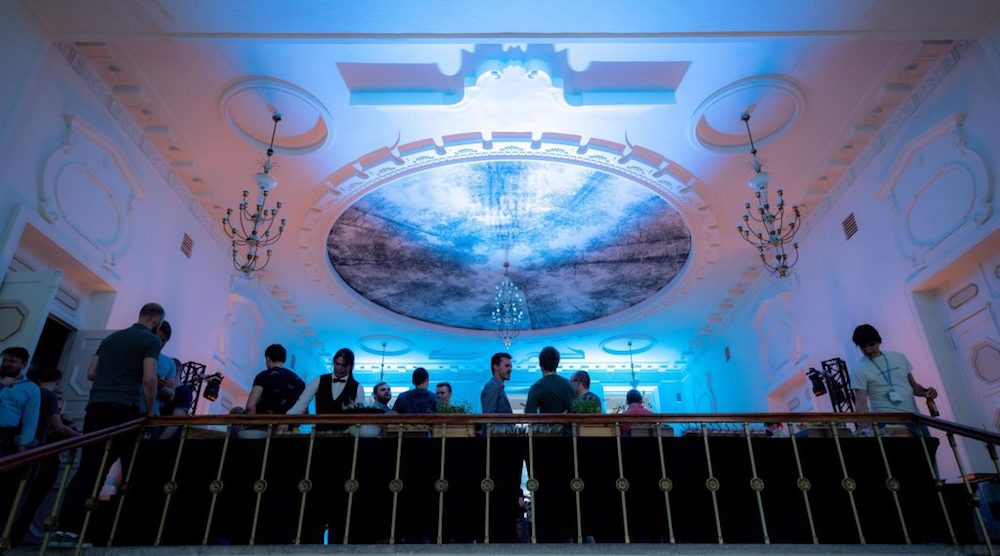 And last, but not least – the content. I really liked the first keynote by Derek Mathieson "CERN, from an IT Perspective". I suggest you to watch the video on GeekOut page. It's nothing about IT actually, it's just interresting story about CERN.

I liked talk about Java Next - New Releases, Valhalla, Amber, and More Goodies by Nicolai Parlog. This one is specific for people who can decide whether is Java being updated in the project or not, but still interesting talk. 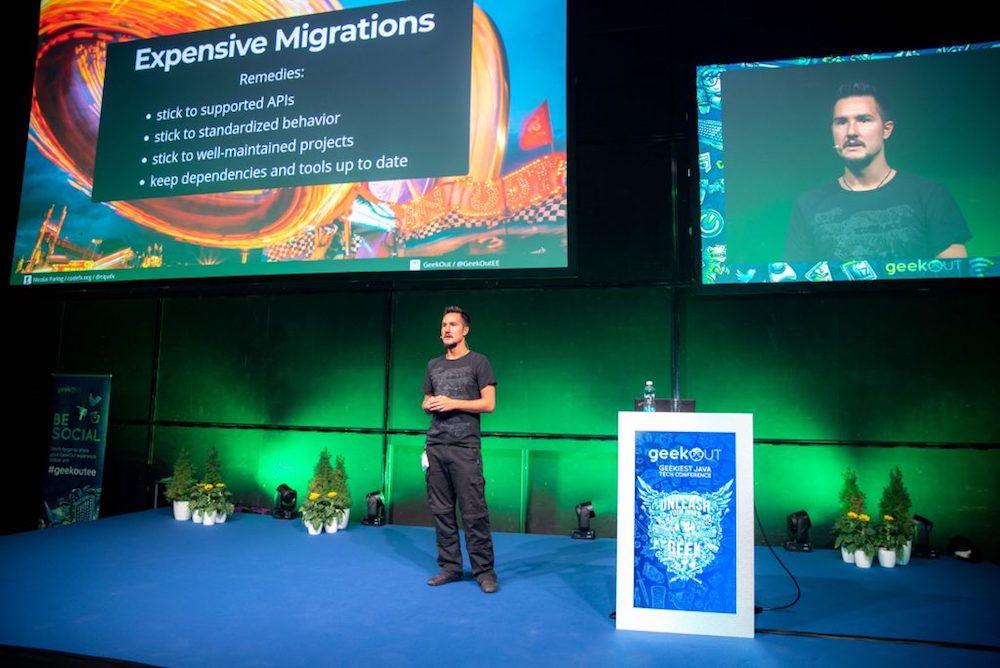 I liked the second keynote by Martin Thompson High Performance Managed Languages. I didn't understand all things that he was saying (too hardcore for me), but I think that it is the property of a good talk.

And that's it, basically. Only 3 talks that I liked. Others were eather too general or too specific for me.

All videos are available on GeekOut page – videos. As for me, next year I would prefer Nordic Testing Days, but I am not sure why. I can't say that GeekOut is worse, I guess it's just a role specific stuff.

Email ThisBlogThis!Share to TwitterShare to FacebookShare to Pinterest
Labels: conf