Bash Scripts for Working With Documentation

Recently I wrote a couple of bash scripts for working with specification documents. They solve sort of general problems, so I decided to share them here.

All scripts can be downloaded from my GitLab repo: gitlab.com/irina-ivanova/scripts

All scripts can be executed in UNIX terminal (for Windows users there are alternatives such as Babun, Cygwin, Cmder). I also recommend to use aliases: just pick up short and unique command, specify the path to the script and you can excecute this script with short command from wherever you are (like spec bug.01.1 for finding specification with such text in the title). 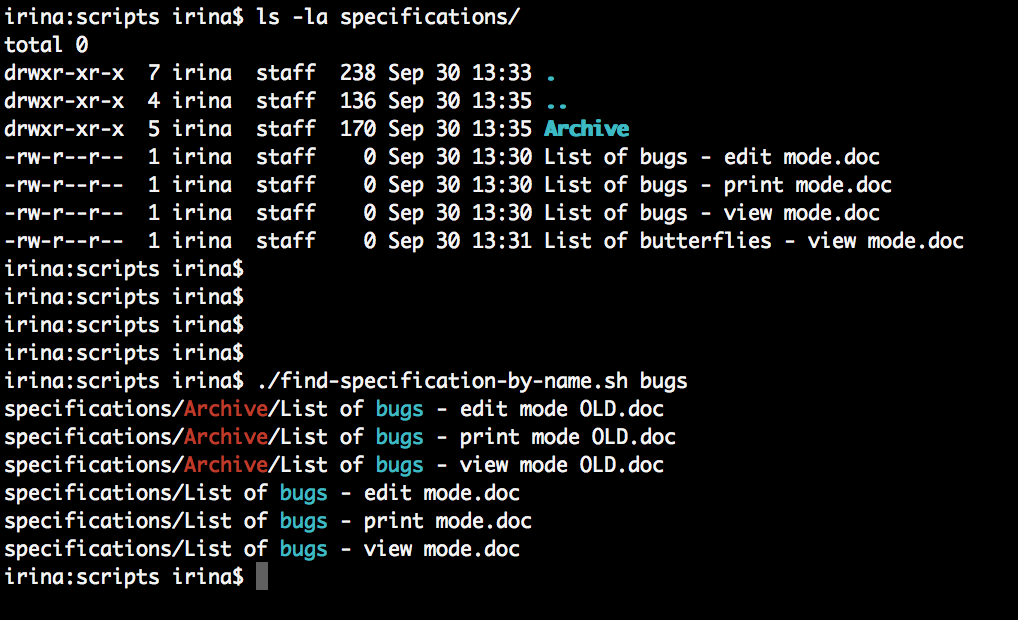 In the example I have directory specifications with 4 documents, but only 3 of them contain word bugs in the title. There is also directory Archive with old documents, which script also finds, but shows Archive folder in red, so user can easily differ old documents from new ones (you can also change words that should be colored).

Rows, that you may want to change to use this script in your way:

Rows that you may want to change:

Rows that you may need to change are the same as in the first one.

nortal-logo.sh
I always wanted to print some pictures with bash script. So here are my first experiences.
Logo of company where I work. It was picked as easy to reproduce, because it has strict lines. 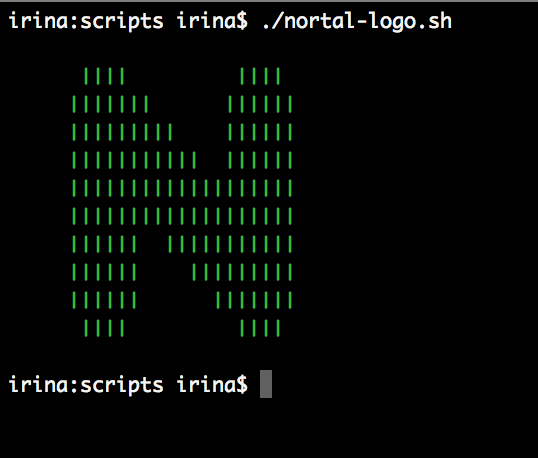 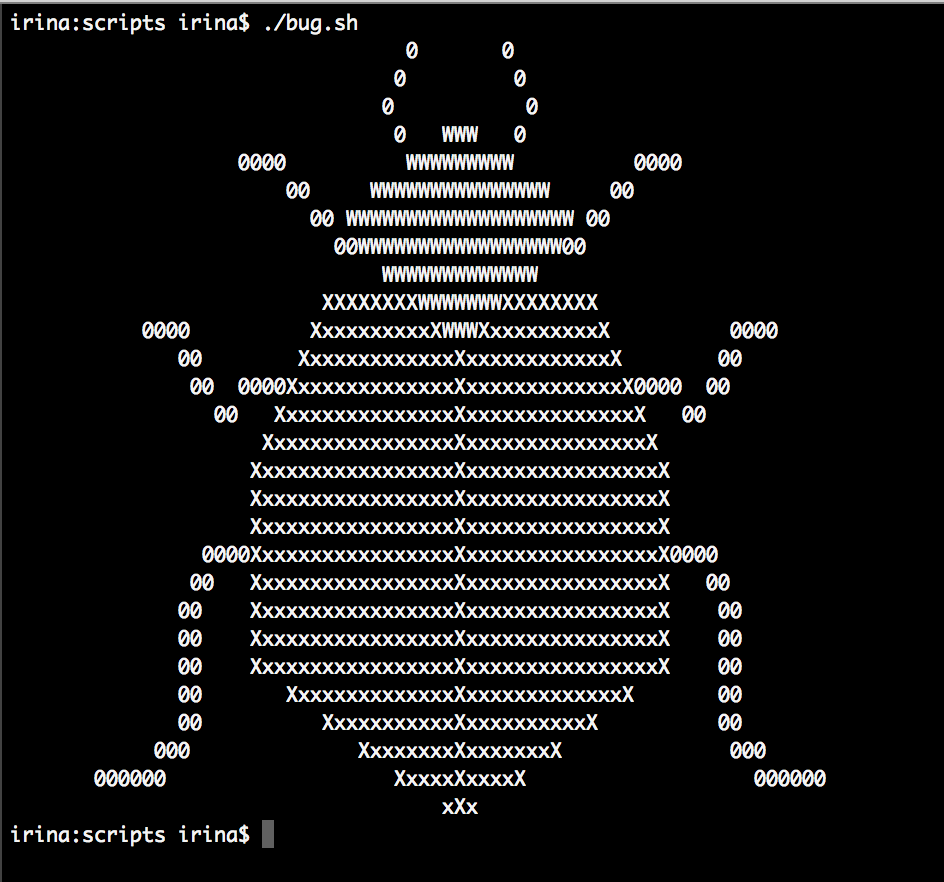 Email ThisBlogThis!Share to TwitterShare to FacebookShare to Pinterest
Labels: script