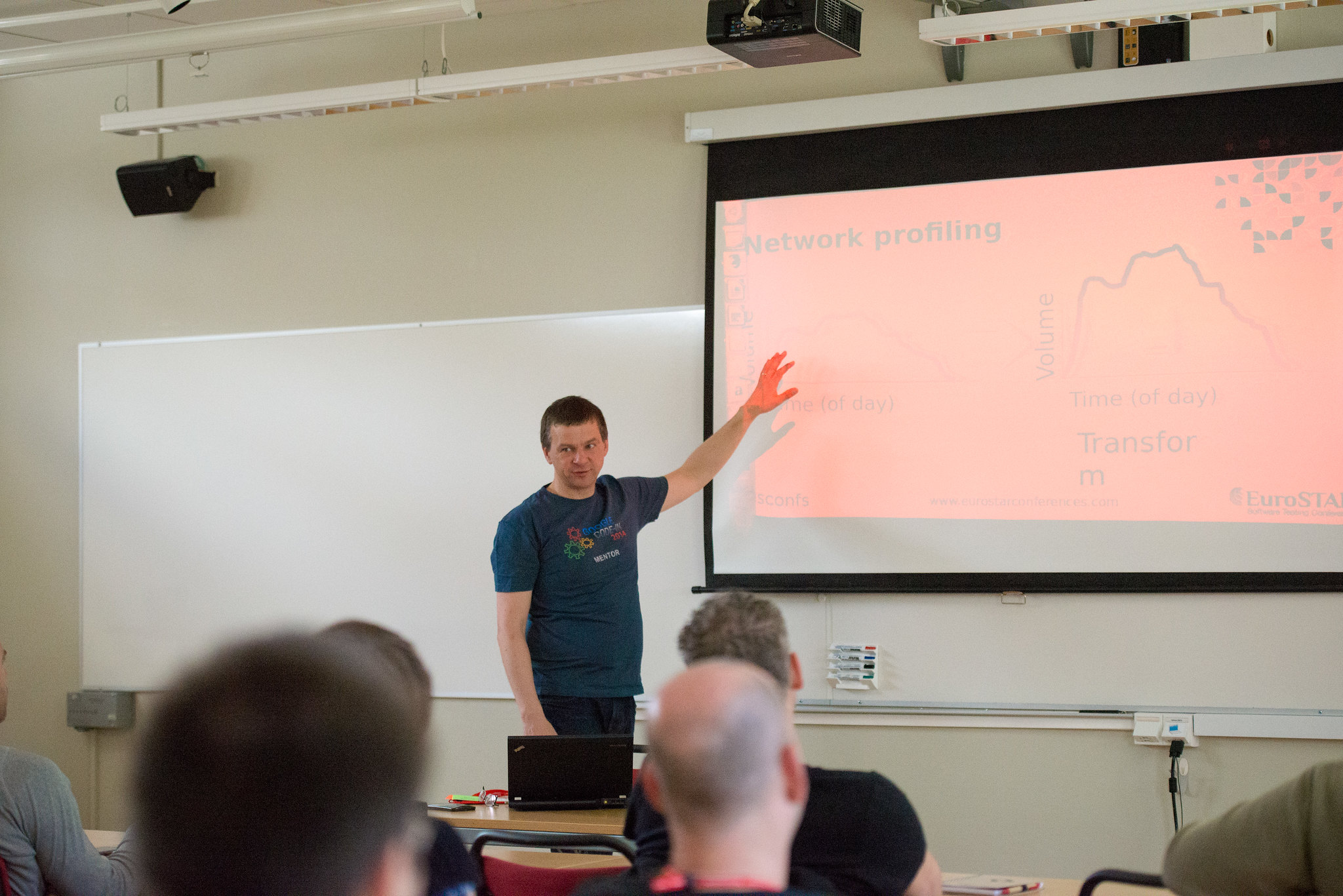 Photo from Let's Test Conference Flickr
Security Testing talk by Jari Laakso was replaced by this one. Julian Harty talked about mobile software, customers feedback and statistics. Some facts about Google: about 75% of bugs are not being fixed (usually it's minor bugs that are closed or postponed); GoogleAnalytics doesn't know data of one particular user, it aggregates all data into one big picture; there is not so much manual testers in Google – basically they collect data from users, which helps to find problems.

One very interesting thing about mobile testing: if your mobile application connects to the internet then you should test its traffic – it shouldn't send or receive more data than needed, because users pay for each byte.

And one lesson about customers service: developers (or somebody in product developing team) should follow users comments on store page. First of all, it's good source of problems and bugs. Secondly, if there is a reported problem without an answer, users are likely to report more negative comments and reduce the rating. If developers team answers that they are dealing with reported problem users are more likely to trust.

Coders To The Left by Jan Eumann (@JanEumann) and Philip Quinn 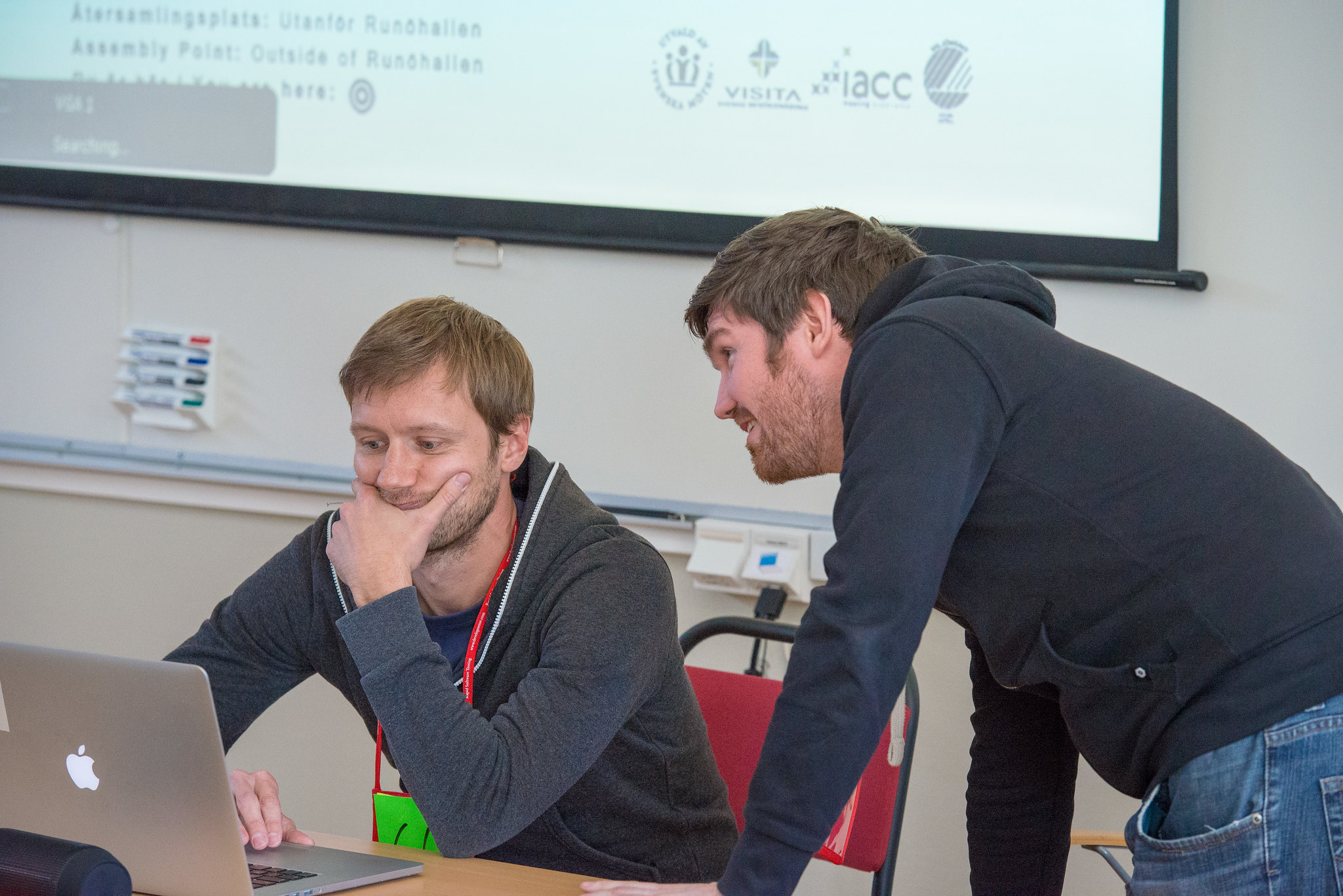 Photo from Let's Test Conference Flickr
Workshop about how to find bugs using the source code and how to fix them. Very useful workshop for me, because 5 days earlier I did something similar in our company internal conference. So it was interesting experience to see how other people doing same stuff as I did (especially, taking into account that it was my first workshop that I ever did).

During the session we worked in groups and had to find bugs and fix them. I discovered some new functionality in DevTool for myself and had a couple of ideas how I can improve application for my own workshop. 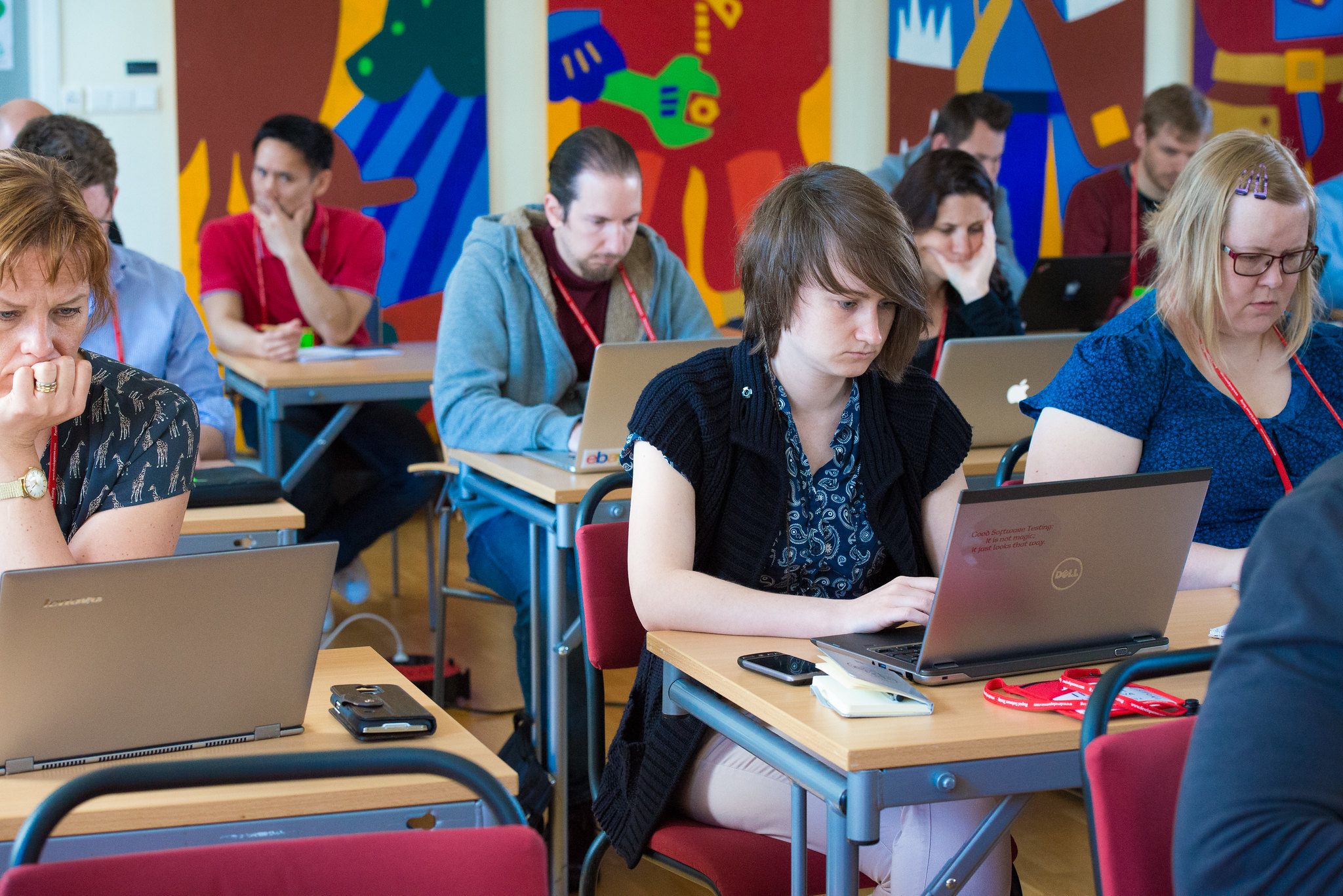 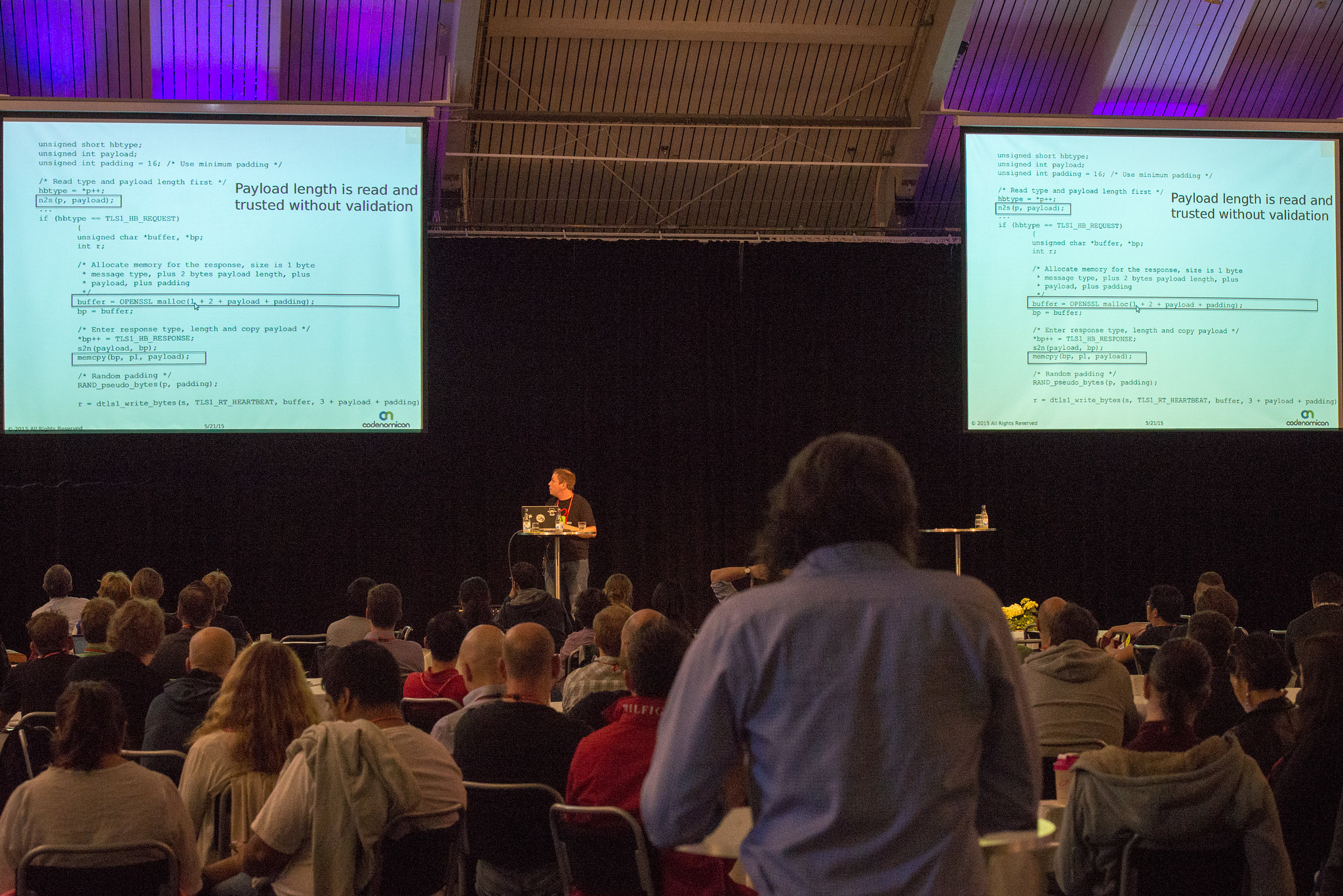 Photo from Let's Test Conference Flickr
Seems like the presenter was not very experienced (which was a big contrast with the whole conference), so it was hard to listen to this keynote. Especially hard to focus after so intensive days. But topic was very interesting, so I even have written some interesting points: finding heartbleed bug wasn't a luck, more like a decision; vulnerability was made in 2012 in last day of December, which is just coincidence. They wanted to put some honeypots to find out does somebody exploit this vulnerability, but it went to public too fast (by OpenSSL fault), so it didn't succeed.

Main takeaway – if you notice something new and unclear – try to understand it. 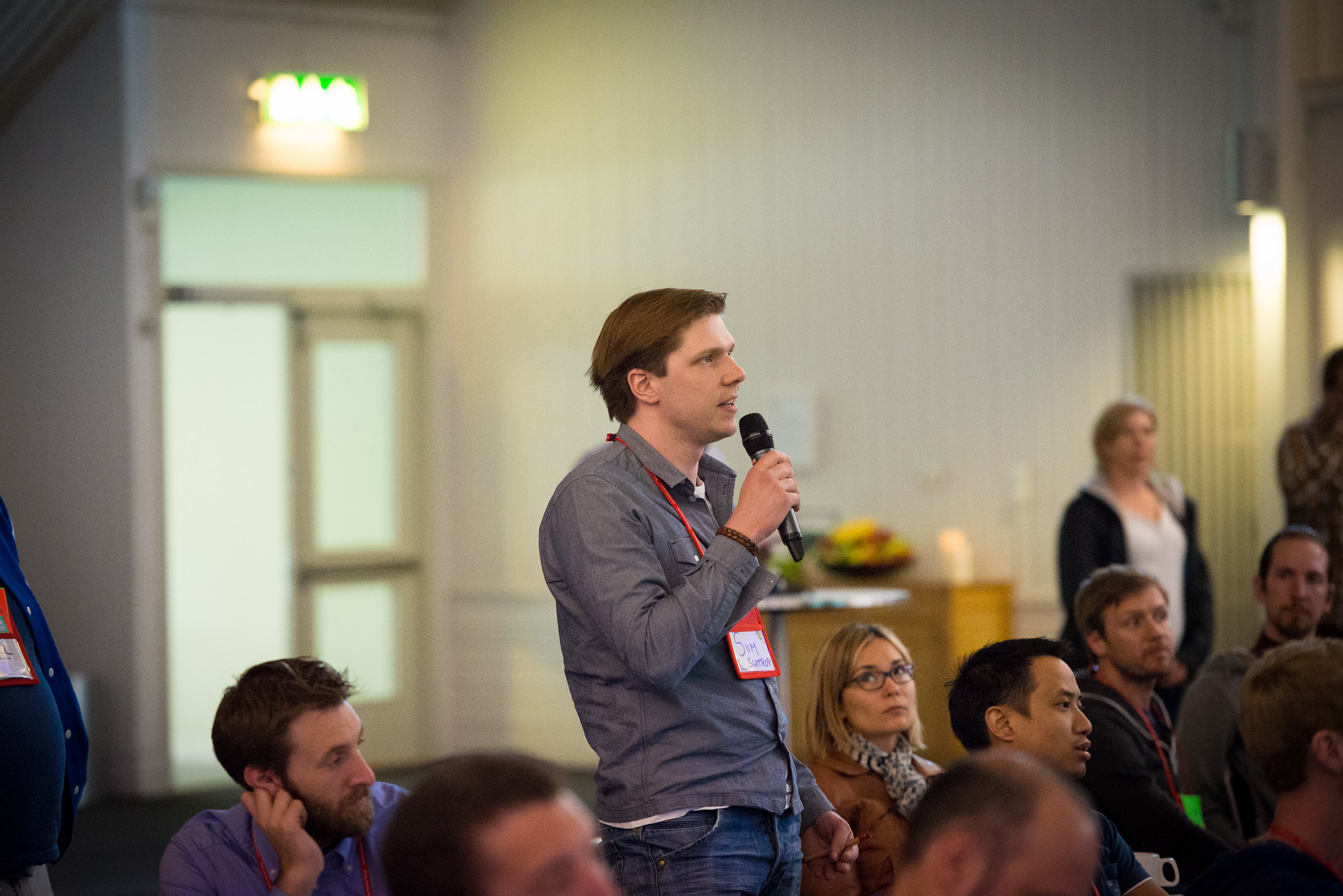 Siim Sutrop (@SiimSutrop) is asking quite interesting question – was finding heartbleed bug a luck or good testing? The answer – it was a decision.
Photo from Let's Test Conference Flickr
Summary

In the first post I have already written that it was the best conference I have ever attended at. I've met there a lot of open, smart and inspired people, who give a lot of energy and ideas. You can talk about testing there in very different aspects, for example, I even participated in small talk about testing and religion. So, if you have and opportunity to participate in some conference and don't know which one to choose – I definitely suggest to choose Let's Test. Next date is already known – May 23rd-25th 2016! 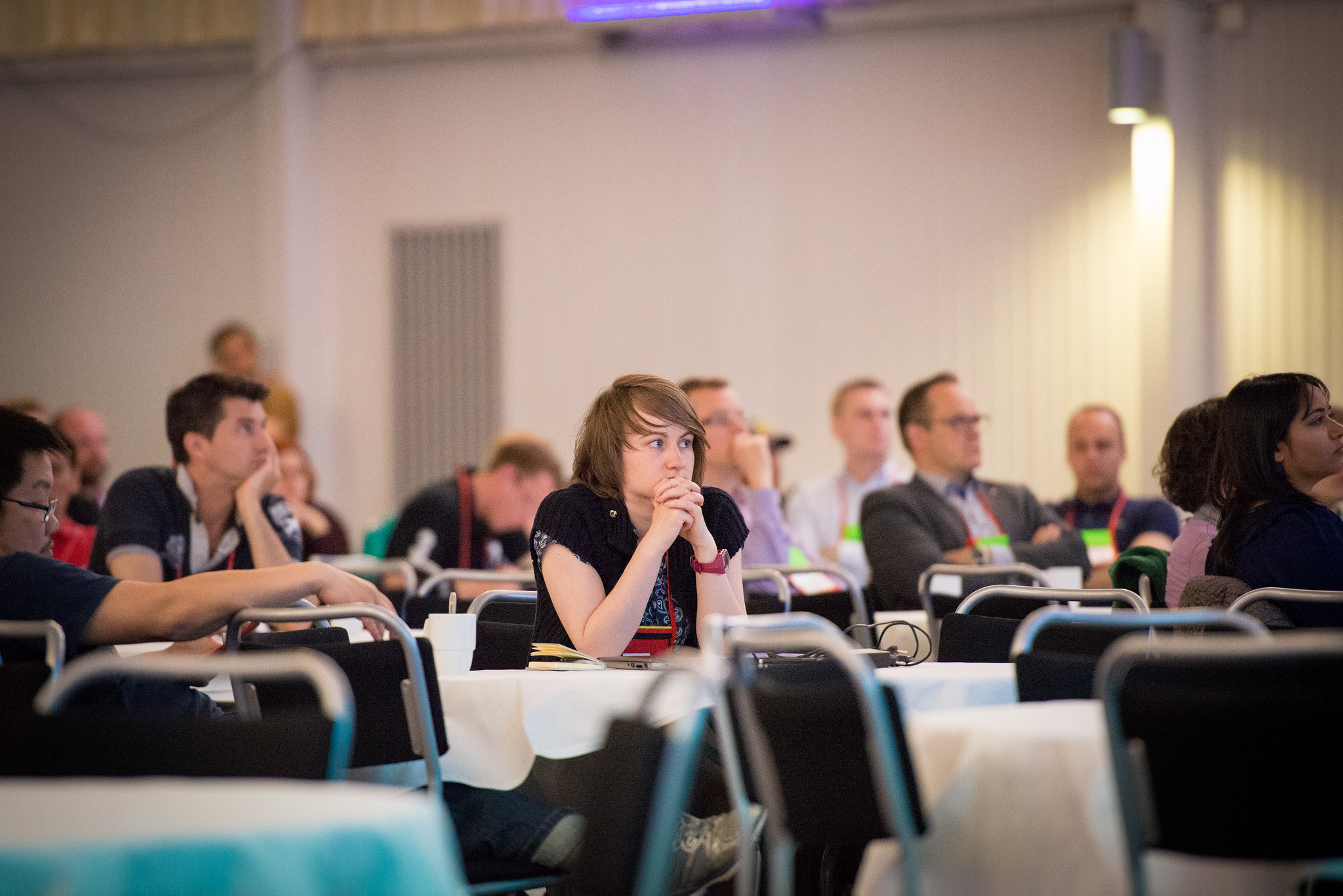 Me thinking about the conference during the final keynote.
Photo from Let's Test Conference Flickr