The Psychology of Software #Testing by John Stevenson 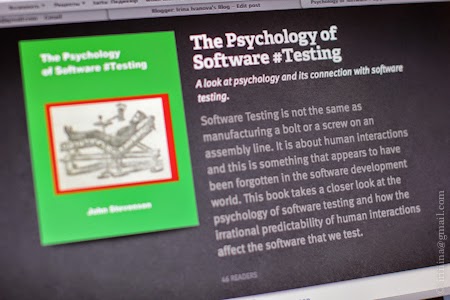 The Psychology of Software #Testing by John Stevenson – great book for all testers. It's useful for beginners, full of resources for further advanced study and full of great quotations. "Creativity is just connecting things. When you ask creative people how they did something, they feel a little guilty because they didn't really do it, they just saw something. It seemed obvious to them after a while." Steve Jobs – Wired Magazine
Basically the book is collection of references to interesting articles and books and brief analysis of them. At the same time it contains all necessary information, so themes are developed and there is no need to look into referenced articles for explanations. 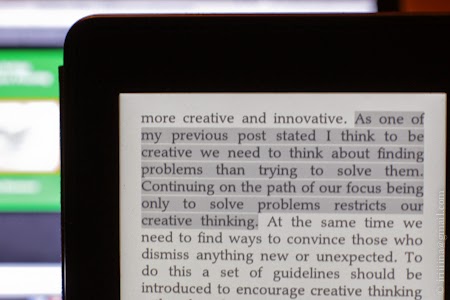 As one of my previous post stated I think to be creative we need to think about finding problems than trying to solve them. Continuing on the path of our focus being only to solve problems restricts our creative thinking.
I was looking for this kind of book for a while. A book about testing, but not about techniques, methodologies, reports and other skills. There are psychology books and articles that are useful for testers, but there aren't many books, which connects psychology with concrete testing cases and possible situations. 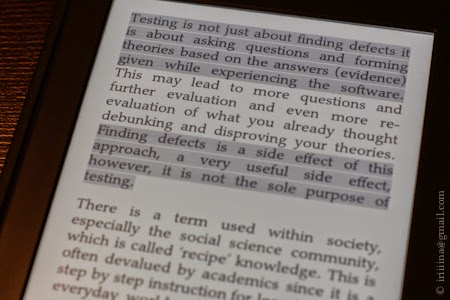 Testing is not just about finding defects it is about asking questions and forming theories based on the answers (evidence) given while experiencing the software.
<...>
Finding defects is a side effect of this approach, a very useful side effect, however, it is not the sole purpose of testing.
Book asks not only psychological but also philosophical questions. 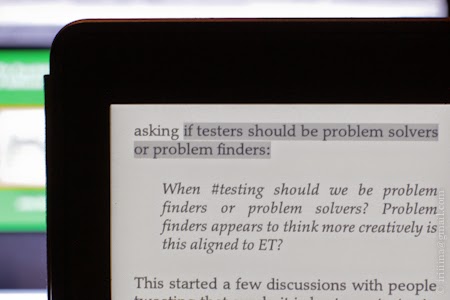 if testers should be problem solvers or problem finders 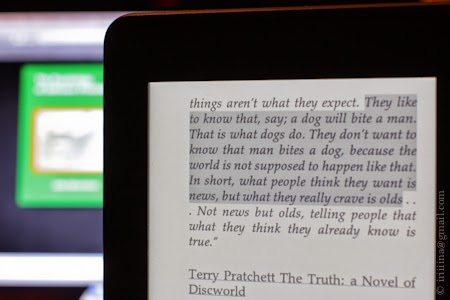 They like to know that, say, a dog will bite a man. That is what dogs do. They don't want to know that man bites a dog, because the world is not suppose to happen like that. In short, what people think they want is news, but what they really crave is olds. 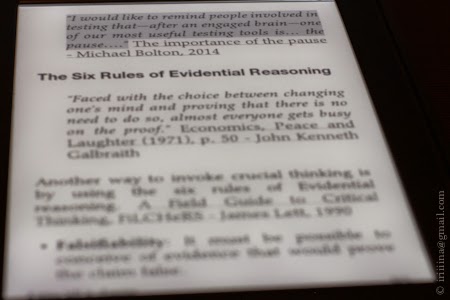 "I would like to remind people involved in testing that – after and engaged brain – one of our most useful testing tools is... the pause..." Michael Bolton
The book is quite small and you can read it in one evening. 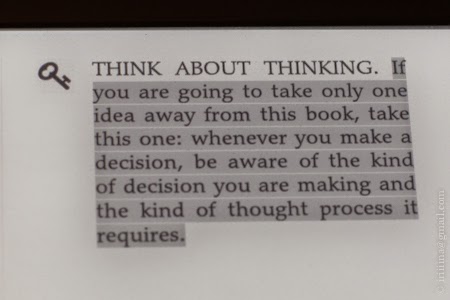